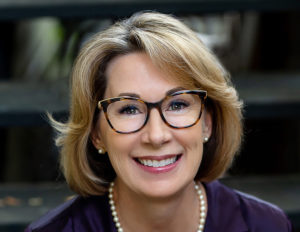 I hope this email finds you and your loved ones well.

This month’s newsletter goes deeper regarding the first plank of my campaign platform: Ideas to restore APD police staffing to what Council has recently budgeted, to pre-2020 levels. (See highlighting below.)

The APD 144th Class of 66 officers, from an original 100 cadets, graduated on Jan. 28, 2022. These are high quality, educated and experienced – mostly young people with families – who made it through 8 months of intense training on about $1,000/week pay. (I believe cadet pay should be increased.)

The keynote speaker at the 144th Commencement, Admiral Bobby R. Inman (Ret.) with his years of wisdom and high-level experience cut right to heart of the problem with the following quote:

“You are the front line of public safety in this community. … The reality of the level of manning that we have in the Austin Police Department is that you are going to work long hours and that you are going to be under stress for a good deal of time. … Much of that stress comes from the decision to cancel three preceding police academy classes. … The critical issue is you have to have a constant flow, but none of those academies are perfect, and there’s the need to constantly review them and change. In retrospect, the decision to cancel, as opposed to changing-in-process, leads to the stress that you will now operate under with a shortage of numbers, and there’s no easy near-term solution to that. There are limits in facilities – the numbers of people who can be trained – so I can’t offer you any early relief from the stress that you are going to encounter…,” Adm. Bobby R. Inman (Ret), Jan. 28, 2022, to the 144th APD Class

A Quorum (7) of the Austin City Council sat behind Admiral Inman, as he spoke, with a few of them visibly adjusting their demeanor as he said that. Bravo, Admiral Inman! (Was that ‘noticed’?)

Current APD attrition rate is just above 15/month. This is the driving metric for staffing levels right now.

The 147th Class is not budgeted for but may start in October 2022. APD Recruiting is hoping they will get authorization to start with a class of ~100.

The cadet classes are running between 34-36 weeks long. After the academy, officers ride with an FTO (Field Training Officer) for 12 weeks. Upon completion of the FTO 12-week period they then transition to working by themselves in patrol on an assigned patrol shift.  So, it is almost a year-long training process, at the end of which there is still a lot of practical experience to be gained.

The modified class (prior experience) is already allowed by contract and that is what the 146th cadet class is anticipated to be.

With projected numbers for APD officer staffing, using the numbers Recruiting has provided and a 33% attrition rate for cadets, with an officer attrition rate of 15/month, by this upcoming December 2022, the Department’s officer staffing level could be 1,540. That could be 25 fewer officers than before the 144th graduated. Not a good position to be in. And that is if recruiting can get 100 qualified and motivated cadets for the 145th cadet class and 50 for the 146th modified cadet class.

A few ways to address these problems, vetted by professionals, include:

The Austin Police Dept. is still facing a major staffing crisis that the Mayor and prior City Council unnecessarily created with the elimination of several cadet classes, rather than ‘improve-in-process,’ as Admiral Inman recently pointed out. It is going to be a challenge to correct that negative direction and for New City Leadership to restore Austin back to being one of the safest cities in America.

Please donate! Help us get the word out – there are solutions! If you are All-In to Restore Austin back to a safe and beautiful city, please join me and let’s DO THIS together! Thank you to those who have already contributed in this campaign cycle for Mayor (maximum allowed per individual is $400/$800 per couple). Let’s drive the agenda! Please share with friends!

*As of the first week of August 2022, the Austin Police Dept. has 256 officer vacancies.